The history of WAVS 1170 AM is as glorious as its future. A group of visionaries lead by radio pioneer Ramon “Ray” Hooper came together in January 1987 to broadcast the first 24 hours of Caribbean programming for South Florida to enjoy. However, instead of just South Florida, the world took notice and WAVS 1170 AM has never looked back. WAVS 1170 AM continues to ride the wave of growing popularity shared by Reggae music, Soca music and overall Caribbean culture. In 1987, WAVS 1170 AM adopted a Caribbean format directed to the large West Indian population of South Florida, which up to that time, did not have a major media serving the Caribbean-American community.

WAVS 1170 radio is a 24 hour terrestrial radio station which broadcasts at 5,000 watts non-directional. Now simulcasting on 107.9 FM from Miami to Miramar. WAVS 1170 AM is licensed to Davie, Florida and serves the South Florida area including Miami, Fort Lauderdale, West Palm Beach, and the Bahamas.

Join Dr. Dawn Marie and her husband Dr. Wiz as they bring their unique shows to WAVS listeners. Tune in from 6:00am-7:00am Tuesday, Also Tuesday evenings from 6:00pm to 7:00pm Wednesday & Friday mornings for "The Lover's Rock Morning show" and for a variety of inspirational music and great information check out "The Reaching New Heights program" on Tuesday from 1:00pm-3:00pm and Mondays from 6:00pm-7:00pm for “Monday Best.”

Join Dr. Dawn Marie and her husband Dr. Wiz as they bring their unique shows to WAVS listeners. Tune in from 6:00am-7:00am Tuesday, Also 6:00pm to 7:00pm Tuesday Evenings, Wednesday & Friday mornings for "The Lover's Rock Morning show" and for a variety of inspirational music and great information check out "The Reaching New Heights program" on Tuesday from 1:00pm-3:00pm and Mondays from 6:00pm-7:00pm for “Monday Best.” 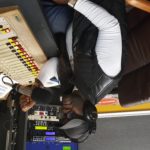 On Monday And Wednesday 1pm to 2pm Exposure Tuesdays, Thursdays, Friday and Saturday between 8:00 P.M. to  10:00 P.M. ITS HOT, PROVACTIVE , CONTROVERSAL, EDUCATIONAL AND  INSPIRATIONAL AWARD WINNING TALK SHOWS. focusing on educating and address issues affecting the Caribbean communities.   The Duke Of Earle Always gets it done!

Horace Forbes "The Legend" produced  "Wake Up with The Legend" on WAVS 1170 AM until he passed away in 2017. His program included many favorites and Vegas style acts. Listen in for "The Best of Horace Forbes" on overnights starting late in 2018. 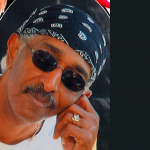 Jamusa has been on WAVS since the beginning. His programs feature great music, information, and entertainment for all ages. A huge contibutor in the community, Jamusa can be seen at many fuctions and events. His show, "Making Tracks" can be heard every single Wednesday, Thursday, and Friday from 4:00 PM to 6:00 PM.

John T., the "Jamaica Tea", has welcomed morning listeners to South Florida for over 29 years! A member of Hi-Class Promotions, John T. hosts "The Morning Ride". He brings his versatile style and soothing voice to the airwaves via WAVS. He can be heard Monday thru Friday from 7:00 A.M. to 10:00 A.M. He can also be heard Monday mornings from 6:00 A.M to 7:00 A.M.

Atty. Kenneth Panzer has been advertising on WAVS for over 17 years! He is a regular guest on "TCB" with Winston Barnes, "The Music Showcase" with Mikey B, "Making Tracks" with Jamusa and many more. 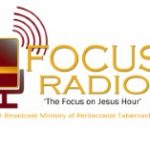 Join Pastor S. Robert Stewart  & Pentecostal Tabernacle every Sunday on WAVS from 8:00 am to 9:00 am for "Focus on Jesus Hour." Listen in for great gospel music and the word. Tune in and be blessed! 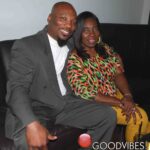 Day and time - Every Sunday 6:30 am - 7:30am The show is a family-oriented program that focuses on giving God glory. It’s inspiring, renewing, uplifting, and blesses listeners with a refreshing look at spiritual positivity. It’s the only Mother and Son family affair on the radio. You do not want to miss this high energy inspirational program 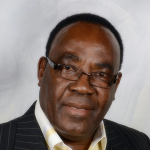 Join Maurice Rutherford for "BSN Gospel" every Monday 8p-10p, Wednesday 4a-6a, Saturday morning 6a-8a, Sundays  and 9a-11a. Join Maurice and his guests as they play great gospel music and spread the word every week on WAVS 1170 AM.

Mike A "The Cool One" AKA Mike Aitcheson is a veteran Broadcaster in both radio & TV. He is host of "Di Island Beat" on Mondays and Thursdays from 2 P.M. to 3 P.M.  with music, sports, news, with legal, health and financial information as well as community events.

Mikey B has been on WAVS for many years playing the best in Caribbean music. Join him Tuesdays 3pm-6pm and Wednesdays, Fridays & Saturdays 7pm-8pm and Sundays 5pm-6pm for Cruzin the Caribbean, Caribbean Music Showcase and Caribbean Connection for great music, guests and entertainment.

Listen to Reverend Grant on Hi-Class Promotion's Super Saturday 11:00 AM--2:00 PM. Join the "Love Doc" as he speaks about relationships and plays great music on WAVS 1170 AM. 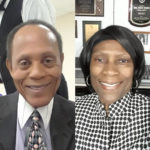 The Gospel Mix Praise Ministry presents Brother Rufus and Lady J every Thursday night at 10, on board the Old Ship of Zion. Brother Rufus and Lady J combines a variety of gospel music from the sixties, seventies, eighties, nineties and today with preaching, praying, Biblical Quiz, Community Talk, Nightly Inspiration, a Moment with the Lovely Lady, Lady J. Things that differ, Heavenly Humor, Share the Laugh and much more. We ask you now to join us in a spirit of both worship and praise as we consider not only the beauty and wonder of creation, but also the power, majesty and promises of the God who made us all, for indeed this is the day that the Lord has made, let us rejoice and be glad in it. Join us, we invite your presence on the World Wide Web and by radio 1170AM WAVS and 107.9 FM, it's the Heartbeat of the Caribbean, the power and glory. 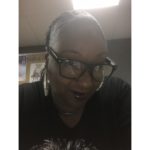 "Deja" was born in New York City & you might say she was born to do this! Her father is veteran radio disc jockey Mike A. "The Cool One." Deja got her start in radio when her cousin asked her to host a show on a South Beach radio station that he managed. From there she moved onto other radio stations around the South Florida area. She made a mark on the South Florida entertainment scene on radio and in Television. Her mellifluous voice is what most people comment on, and Deja has become an "in-demand" voice actor for radio and TV commercials. Deja also runs Island Beat Group Marketing, a marketing an entertainment management company.

Anthony Blair, known as Tony, is a hard working and dedicated Jamaican business owner and entrepreneur. He is CEO of Hi-Class Promotions. His programming includes "The Morning Ride" with John T. from 7am-10am Monday--Friday, "Taking Care of Business" with Winston Barnes 10am-12pm Monday--Friday, and "Super Saturday" 8am-7pm on Saturdays. Join his crew every week as they provide great music, interviews, games, news and information only on WAVS 1170 AM.

Winsome "Lady C" Charlton is the Vice-President of Hi-Class Promotions on WAVS 1170 AM. A Pinoneer in Caribbean radio in South Florida. Her programming includes "The Morning Ride" with John T. from 7am-10am Monday--Friday, "Taking Care of Business" with Winston Barnes 10am-12pm Monday--Friday, and "Super Saturday" 8am-7pm on Saturdays. Join her crew every week as they provide great music, interviews, games, news and information only on WAVS 1170 AM.

Winston Barnes is the News Director for WAVS. Listen in every weekday morning at 7:23am, 7:56am, 8:23am, 10:23am and 12:56pm. Winston also hosts "Taking Care of Business (TCB)" most weekdays 10am--Noon with a variety of guests and information. Don't forget "Open Line w/ Winston Barnes" --a listener favorite--every Monday, Tuesday and Wednesday from Noon-1pm for the longest running talk show on WAVS!

Yvette Sistah Liveth Marshall was born in 1979 to Charles and Marcella Marshall in New Jersey. Born into a musical family, Yvette loved music from birth. 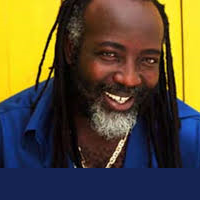 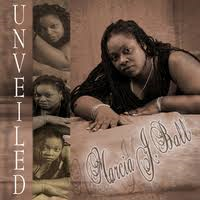 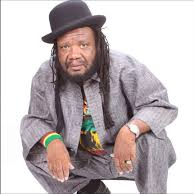